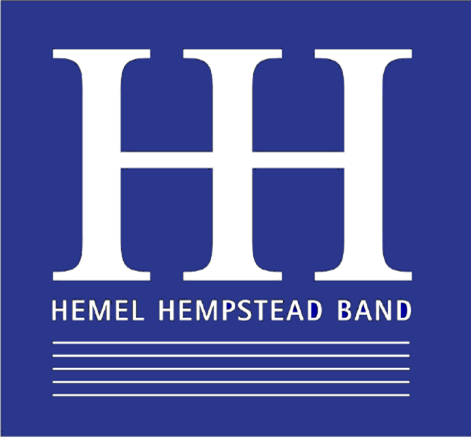 Consisting of amateur musicians of all ages, the Hemel Hempstead Band continues the tradition of over a hundred years’ entertainment and service for the community.

The full brass band of 25 players regularly performs at a variety of public and private functions such as: carnivals, fetes, park bandstands, church events, sports meetings, weddings, shopping centres, Remembrance Day parades, and its own concerts, mostly within easy reach of the Dacorum district of Hertfordshire.

As a community band we help to raise funds for local charities, such as the Hospice of St Francis, Hope for Children, Macmillan Nurse Appeal, and the Royal British Legion. The band has an extensive library of over 3000 pieces, spanning many decades and including classics, musicals, religious pieces and pop music. Whatever the occasion, the band can provide suitable musical entertainment.

To book the band for your function, or for general enquiries, please use the contact form.

The band also takes part in competitive contests, and in 2017 and 2018, we were awarded the trophy for the “most entertaining band” in our section at the ODBBA Entertainment Contest. In September 2021 the band represented the South East in the National Brass Band Championships of Great Britain and achieved an impressive 4th place. (see article in the Hemel Gazette).  More recently, in March of this year, the band achieved 2nd place in the London & Southern counties region which meant qualifying for the National Brass Band finals later this year and a promotion to the third section. For other contests and events see the Calendar and News.

The band rehearses weekly throughout the year, apart from public holidays, on Mondays and occasional Wednesdays from 8 to 9.45pm. The band owns, insures and maintains a full set of brass instruments for members’ use, although many players prefer to use their own instruments. We can normally provide visitors, guest and beginners with an instrument as required, given sufficient notice.

Players are volunteers who pay a small annual subscription to the Band and generally pay their own incidental expenses when attending engagements (such as petrol money). The band provides uniform jackets, polo shirts, ties or scarves, and all money raised is used for the non-profit making activities of the Band.

Learners are subsidised. All players are encouraged, and expected, to spend time on individual and private practice between rehearsals, especially when engagements or contest are imminent.

Hemel Hempstead Band has a history of over 130 years and its members and friends are proud to be part of a community which appreciates its musical performances.